when a significant
physical disaster occurs

During the 21st century, more than 522 significant earthquakes were recorded, with a death toll of more than 430,000 worldwide. The majority of deaths are caused by buildings collapsing and trapping occupants under the rubbles. In fact, if the casualty is an uninjured, healthy adult with a supply of fresh air, then they can survive for up to 72 h. Eighty percent of survivors can be rescued alive within 48h of a collapse. This time limit can be much shorter due to air supply shortage, environmental temperature, the health condition of the casualty, etc. Therefore, to reduce mortality after a natural disaster, the rapid detection of survivors inside collapsed structures is of the utmost importance.

lifePOI AroundMe can support this scope
reducing the mortality after a natural disaster since it can discover POIs under the rubbles.

LifePOI is the #first worldwide system and app that uses innovative technologies to support life-threatening events. It uses a publish-subscribe API that passes small binary payloads between inter-connected Android and iOS devices with or without internet. The devices don't have to be on the same network. Based on a combination of Bluetooth, Bluetooth Low Energy, Wi-Fi and near-ultrasonic audio, it communicates a unique-in-time pairing code between devices. Then it facilitates messages exchange between mobile devices that detect the same pairing code. When a mobile device detects a pairing code from another nearby mobile device, it sends the pairing code for validation, and checks whether there are any messages to deliver.
The Connections in the context of lifePOI have two types of actors: the Discoverer (clients) and the Advertiser (server).

Moreover, in such cases we have limited communications due to damages to telecommunications infrastructure. Even if there are lines, another issue is that service could be quickly overwhelmed by panicked survivors making phone calls and sending texts right after an earthquake.

lifePOI AroundMe bypasses such issues
since it provides its services even with no Internet. 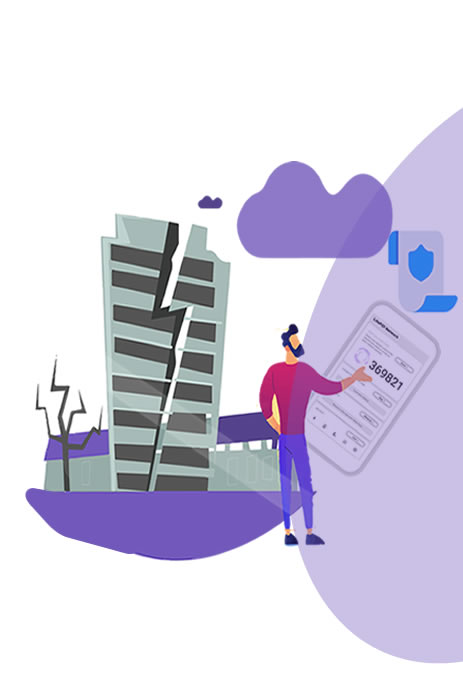 Made with love for life

LifePOI ArroundMe system detects human presence under rubbles. The effectiveness of the system should be further evaluated and confirmed in real-world cases.
Thermal cameras, CO2 sensors, Voice recognition systems, and many others have several limitations; for example, the gas sensor is difficult to use in open spaces due to stronger airflow affecting the CO2 concentration. A sensor system using only a thermal camera is not robust because some areas cannot be directly accessed using a telescopic pole or directly observed due to the presence of obstacles.

The only thing you need now to feel safe
is your mobile and LifePOI app.

perhaps we should change the mindset when thinking about SAFETY